The Trouble with being an Introvert…or maybe it’s just me. 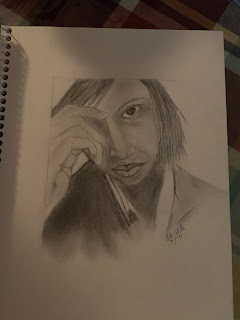 We don’t talk a lot. We listen, observe, and never insert ourselves into conversations. We stay on the fringes. Lurking. Like vampires, we have to be invited in. And no. We don’t bite, drink blood or any other creepy shit like that. In school, we would have been labeled, GASP, nerds. Bookworms. Easy prey.  Our Saturdays were spent getting lost among the stacks at the local library. Reading was a temporary escape from the world's harsh judgments.

We've never been square pegs trying to fit into round holes. Why would we ever want to do that? No. We are different, creative beings, like diamonds we each sparkle and shine in our own subtle unique way.

A word of caution. Only ask our opinion, if you are truly seeking an honest answer.

Finally, as with most human being, what we desire most is to be liked, to love, to be loved, and most of all accepted just the way we are.


There is this Monster who lives not under my bed, but resides and thrives in the subconscious recesses in my head.  Fear is its name and my muse it would appear it has claimed.

Every morning I arise with the intent ‘Today I will write’, but my thoughts are a jumble, neither words nor phrase can flow. At the end of day, glaring back at me is a blank screen of white.

Even in slumber the Monster does not rest, lurking ever so close it whispers in my ear. Why continue this writer’s folly? You’ll never succeed. Give up already. Victory to me, you best concede.

Lies you tell. I open my eyes and stare into darkness then suddenly see, I am the Monster, and the Monster is me.

Now before you take out your tiny violin, wait, I do have a point. It’s one I refer back to often. In fact it’s become my daily mantra. Writing is not a race, but a process. Throughout this dark period, the one thing I haven’t done is stop writing.  Why? Because, duh, I am a writer. Weather its a scene, a paragraph, or just one sentence a day, I keep writing.

Little by little, day-by-day, it is working. The characters, the other voices in my head, are no longer silent.  I hear them speaking up loud and clear, drowning out the Monster.

With perseverance can the Monster, aka my fear, one day be vanquished? Ah, probably not. But like I said, I am a writer. I keep writing.

Just In Time for Your Holiday Reading Enjoyment

All Ernestine wants for Christmas is John. Except he's the boss and won't be tempted.

There's nothing like a little office romance to warm up the Holidays.

Ouch, John felt the sting in the coolness of her tone. He wondered if he should exercise caution before accepting the steaming cup of coffee she'd gotten up, poured, and now held out to him.

"Just the way you like it, sir," Ernestine couldn't help remark after noticing how he stared down into the cup. Yes, the thought had briefly crossed her mind. But no matter how infuriating she found his seemly blissful ignorance, she'd never harm him. Something he should have the good sense to know after all this time.

"Of course it is. Thank you." John gave her a semblance of a smile then reached for the cup of coffee.
Their fingers touched. Her gaze locked with his for several heartbeats as a familiar longing took hold causing her knees to wobble like Jell-O. To steady herself, she leaned against her desk for support.

With each day that passed, it was becoming impossible for her not to want him, much less continue to contain it all within an air of professionalism. How was it, Ernestine silently groaned that he really had no clue how much she desired at that very moment for him to... "Just take me."

Update: Where am I?

Okay so I've been sitting on the proverbial pot for a minute now, working on finishing up what I hope will be my next release.

Have I given up? Thought about it. Even started some new story outlines. But no, I'm sticking with this one until the 'The End'.

Susanna's Heart, has been reviewed by The Long and Short of It Romance Reviews. 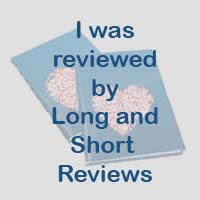 Susanna's Heart, has been reviewed by The Long and Short of It Romance Reviews.
Take two powerful emotions and mix them together and what do you get? An enticing opening to this seventy page short story. (more)
Posted by A.M. Wells at 9:28:00 AM No comments:

Another Fantastic Review for Susanna's Heart!!

The blurb for Susanna’s Heart was spare, but I was quite taken by the premise and there was just something about it that said to me ‘ read me.’ So I did; and at the end... heck by the end of the first chapter... I was celebrating!.... (more).